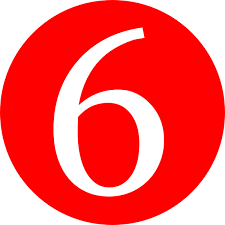 Tuesday!!!  I started the day working from the home office.  Spent some time in the AM answering emails.  I had scheduled two appointments today, one at 10AM to get the paperwork signed for the small order that I got the other day and the other was scheduled for 2PM.   In between that I thought I would visit a few existing accounts and some net new.

After getting the paperwork signed at the one customer, I visited one of the smaller print shops in my area.  I was able to meet with the owner and we chatted for about 30 minutes or so.  The prospect is prime for a color envelope press, but, is not ready to commit to $16K.  It was interesting because this account prints NJ State prescription pads on his presses and then runs them through the color laser printer embedding the barcode and the name of the doctor.  He also told me about a neat security feature of that he prints.  I forget what he called it, but when you put your finger on the RX logo, it would fade (has something to due with heat), when you remove your finger the color would come back.

While I'm retreating out the door, I was approached by one of the pressman.  "Do you sell copy machines", he stated? My answer was "yes, how can I help?".  He then stated that his church is in need of a new copier and he's on the board of trustee's.  We chatting some more about pricing and stated they are looking to purchase in Jan of 2015.  WooHoo!  I got me a lead!!

I stopped at two other accounts, no decision makers were available, thus I traveled back to the office to process the order.  My 2PM appointment rescheduled for 3PM.  I got a call when I was 10 minutes away and he rescheduled for 9AM tomorrow. Thus, I was 3 miles from home.....let's see, go home or visit one more account.  I took the visit one more account (existing), the DM was there and I think I have a shot at upgrading his old HP MFP (11x17) before the end of my month.  He hates the system, but has been living with the pain. Hoping I can end that pain for him this week.

Still need a lot of dough to get my numbers, it isn't over yet!

Art Post commented:
Thank you Martin! You and family enjoy have a joyous New Years!