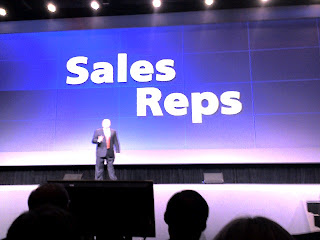 It seems that I don't know them as good as I thought I did.  But where do we find the time?  PCL5, PCL6, PS, Universal drivers, I can't stand it!
Just the other day I had a demonstration with one of our devices and I was asked about color balance, and could it be controlled from the print driver.  I'll admit it's been awhile since I went through all the features of the Ricoh print drivers.  My response was "I'm pretty sure there is", and with that I checked the PCL5, PCL5c, Universal Driver, Mini PCL Driver and the Postscript driver. I found nothing on all of the those drivers.  Two weeks later while preparing for another demonstration I found what I was looking for, the color balance feature was hidden by a slider that I did not see in the PCL5c driver.
I learned a lesson the hard way and thus I downloaded all of the drivers to my PC at home and went on a mission to make sure that I knew the meaning of all of the print driver features for each driver.
I went to work on all of those features that I didn't know like ICM, CLP Simulation 1, CLP Simulation 2, POP Display, and Barrier-free Color Management.  I also took the time to memorize all of the thick paper settings (which there are four of them).
Over the years I've been able to win deals based on my knowledge of the print drivers for each of my devices, and recently I wasn't able to get a sale due to not keeping up to date with all of the new drivers.  While it did take some time to learn what each feature does I'm sure it will pay off down the road.

Just another side note on print drivers, not only is it good to know your drivers, but you should find the time to check out some of your competitors print drivers also.  What may take two clicks to perform a function on the Ricoh may take 4 or 5 with the Xerox driver, or your KM driver may take one click and the Ricoh three clicks.  End users want ease of use.  When I speak about the features of the print drivers to prospects who have already met with other reps.  I can tell by their reactions that the other reps ignored speaking about their print driver features.  Thus, I will probe some more and find specific features that will either lock the competition out or convince them that our system has more value than the other systems.
-=Good Selling=-
Like This Blog PostFollow This Blog Post
Likes (1)

Rick, have you had success with the PCL Editor?  I have tried it in the past and it seeemed unstable.  I wanted to customize a driver for the pop-up and default to black & white.  It worked.  However, when I tried to install on mutiple clients it didn't work and it seemed to be user profile specific so if someone else logged onto the computer with their AD credentials it wasn't customized for them.

Here's another tidbit for you. Did you also know Ricoh has a driver editor for PCL drivers to set things like access via user codes.

You can actually have a popup that asks the PC user for a user code before the print job is sent on to the printer.

Sort of a poor man's Equitrac.

@grizzlyadams yup at one time the copier was the key communication tool in the office. We all have to change and change is a good thing...
23 hours ago

@John Saramak now that's a cool plan! Follow the fedex driver, wish I could have thought of that one. Could only image how much more...
24 hours ago

Loved the reflection on the history of fax. Although this was a relatively low residual product it offered a new way to get in the door.
2 days ago
This. It’s nothing against the copier it’s just that it won’t be as crucial to day to day office operations. Will every office need some...
2/22/209:34 AM
Will the next generation still print as we do? They watch Netflix on their phones, and study at Starbucks. In 2030 the NextGen will be...
2/21/201:20 AM

That much paper, trees, energy and water being used is a tragedy for the environment. Black only copiers that can recycle paper are here...
2/20/2010:24 PM
I was looking for the global annual copies and prints produced annually. I haven;t found that yet, however I did find this. I believe I...
2/20/2010:18 PM

Thanx @Frank Vasquez you have an interesting concept with a license to turn on color. Just like most MFP's have fax built it and you're...
2/20/2010:12 PM