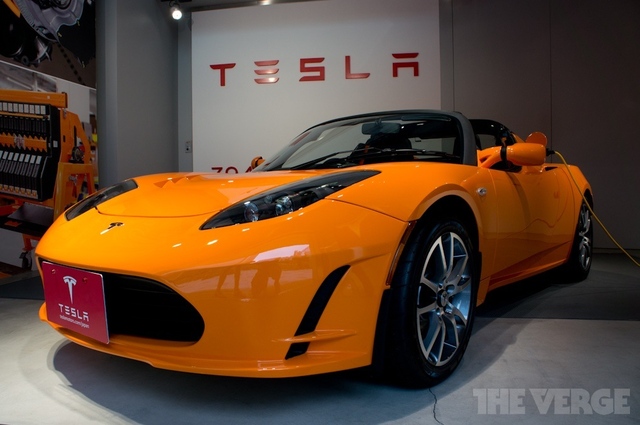 Recently this question was voted on by the NJ Motor Vehicle Commission of New Jersey.

The commission voted 6-0 to approve a regulation that effectively prohibits companies from using a direct-sales model.  This regulation will take effect April 1st of this year.

I heard some of the story from a local radio station and then one of the local newspapers.  Since, I'm in an industry that has both a direct-sales model and a dealer-sales model, I'm pretty much stumped when it comes to this decision. It was reported on the radio that cars require a lot of maintenance, and if the cars are not properly maintained that the could cause injuries.  Let me repeat, this is what I got from the report on the radio. Thus, the reason for not allowing a direct-sales model in NJ.

Let me get this right, if you're in the business of manufacturing cars, you can't have a direct-sales model.  But, if you're in the business of manufacturing copiers you can have a direct-sales model.  I could argue that copiers aka multifunctional copiers require a lot of maintenance too, and if not serviced properly, then copiers can cause injuries also. In the past copiers have been recalled due to the fact that some designs or flaws actually allowed them to catch fire. I would say that the catching fire issue could cause some injuries right?

All of this comes to light since Tesla Motors operates two locations in NJ that resells their cars to end users.  There is no dealership.  Thus the NJ MVC has decided that the direct-sales model is a no-no in New Jersey, at least for cars.

Hey, since many cars sell for 20K plus, and many copiers sell for 20K plus. Can't we get a NJ Division of Copiers?  How awesome would that be, we'd get to appoint 4 or 6 commissioners that know nothing about the industry and allow them to regulate private business. In fact, maybe Copier Dealers could form their own lobby group and persuade them to regulate copiers in the state and adopt the same sales model.  Copiers like cars are expensive (especially to maintain), copiers like cars need regular maintenance, and copiers like cars if not maintained properly could cause serious injury.

Personally, I would be in favor of ridding the state of all Direct Sales operations for copiers and just maintaining a portfolio of dealers just like the car industry.

Can you just imagine a state where you can only buy a copier from a dealer, it would be nirvana!  No more dumping of product, no manufacturers reps stating something to the effect of "oh we're the manufacturer and we can support and service our product better than any dealer, heck where do you think they get their support from"?

Is there room for a direct-sales model for cars in NJ?  Of course there is. But what ever happened to FREE Market?  Copiers dealers learned that there are pitfalls with a direct-sales model and they were able to adapt and become better companies because of the FREE Market competition. I'm sure that would be the case if the same were true with the car industry in NJ. There are many dealers who would only get better at what they do.

Anyway you slice it,  the decision not to allow FREE market direct sales of cars in NJ is a poor decision.  But that's what happens when you have people on the board who know nothing about the industry.  As Vince Mchugh would say, "that's my two cents"!